This post may contain affiliate links which means we may get a commission if you make a purchase at no additional cost to you. As an Amazon Associate we earn from qualifying purchases. Please read our disclosure for details.

"Each product we feature has been independently selected and reviewed by our editorial team. If you make a purchase using the links included, we may earn a commission."

We usually think of turquoise beaches and snorkeling when Mozambique comes to mind. Who knew that this sunkissed country is home to one of the richest and historically valuable African national parks, Gorongosa National Park?

Once a violent hunting reserve, Gorongosa’s value was first recognized in the 20th century. The abundance of nyalas (spiral-horned antelope native to southern Africa) and black rhinos made Gorongosa quite appealing for hunters.

Although this area became known as Gorongosa National Park in the 1960s, that wasn’t the end of threats for the park. Sadly, civil war broke out in the following decades, destroying a significant portion of life here.

Thankfully, the government of Mozambique collaborated with a US-based foundation by Greg Carr to restore the wildlife in the park.

Under the Gorongosa Restoration Project, millions of dollars were invested by Carr Foundation to build a sanctuary to bring back African buffalo and wildebeest. The territory was then expanded to include Mount Gorongosa in Central Mozambique, which triggered an immense increase in the wildlife populations.

Gorongosa has probably the most fertile and feasible living conditions for animals in Southern Africa.

The pre-historic tectonic activities created vast plateaus where seasonal flooding occurred. Because of the alternating wet and dry seasons, the soil moisture varies with elevation.

So, the park is in perfect condition for the introduction and adjustment of many animals, as well as diverse vegetation from rain forests to savanna woodlands. 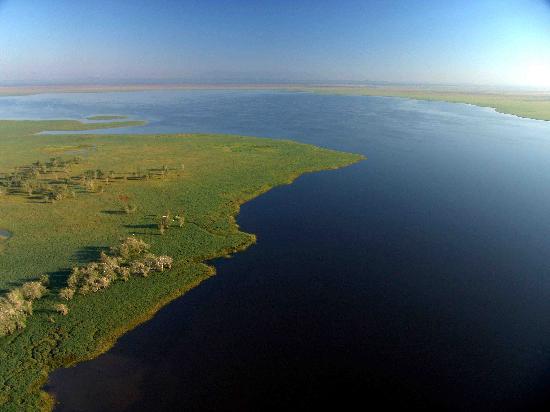 This photo of Gorongosa National Park is courtesy of TripAdvisor

HHMI BioInteractive has a great interactive map to learn about the Gorongosa National Park in Mozambique.

Use the Gorongosa interactive map to explore many of the park’s natural features – its diverse environments, ecosystems, biomes, and vegetation types – from the comfort of your home.

There is a documentary called Our Gorongosa, made by the researchers working in the area. The documentary was shown many times during international film festivals in May and June 2019.

Best Things to Do in Gorongosa National Park

#1 Guided Safari Tours: This is the most efficient way to explore the park. The guides are qualified people chosen among the local communities who know every inch of the area.

You will get to see an incredible amount of large mammals like antelope species, as well as some Big 5 members.

#2 Boat Safari Tours: Take an adventurous boat tour on Lake Urema to spot giant hippos and crocodiles. You will also enjoy the magnificent birdlife around the lake.

#3 Canoe Safaris: Canoe Safari is an even more adventurous version of the boat safari, testing your strength and endurance, yet calming as you paddle through the misty riverside.

MORE THINGS TO DO

The Gorongosa ecosystem – as mentioned earlier – is a rare one for its inviting and accepting habitat.

The park was once home to hundreds of lions that were nearly wiped out throughout years of hunting, urbanization and civil war.

The local communities and international organizations are working together to resurrect the lion population by conducting research. There are nearly 70 lions in the park today.

Elephants were much easier to introduce to the park, so there are 500 of them today!

This lesser-known national park is one of the most abundant in sable antelope, wild dogs (duiker), impala, reedbuck, bushbuck, kudu, eland, and waterbuck. They don’t call it the “Serengeti of the South” for nothing.

According to ongoing research conducted by Marc Stalmans and Piotr Nasrecki, there are many species unique to the park yet to be discovered. These include Crawshay’s Zebra, Mount Gorongosa Pygmy Chameleon, as well as many insect and bird species.

Make sure to include these in your packing list.

For an in-depth packing list for your trip to Mozambique, read our Mozambique Packing List. You will not want to miss out on any trip essentials.

The national park has luxurious villas, bungalows, and campsites suitable for every type of budget.

For a close but off-site retreat, check out Montebelo Gorongosa Lodge & Safari.

Best Place to Eat at Gorongosa

#1 Chikalango Restaurant: There is nothing better than trying authentic Mozambican cuisine after an exhausting and safari-packed day. With their locally grown and organic vegetables, and fresh seafood, the restaurant is the cherry on top of your safari experience.

The restaurant provides free breakfast for people staying at either the villas or the bungalows.

How to Get to Gorongosa

You can find information about getting to Gorongosa from surrounding countries and major cities on this website.

Gorongosa Park is Best for?

If you are a park lover, you will enjoy reading our post on African National Parks. It is the most comprehensive list of African Parks on the internet.

Gorongosa National Park has witnessed so many traumatizing events, yet it has been reborn from its ashes thanks to the rescue attempts of locals and many organizations.

Although Gorongosa National Park has yet to reach its full potential, the park will be a pleasant plot twist for you if you thought Mozambique lacked the wildlife of Southern Africa.

For a comprehensive guide on Mozambique, what to expect, do, see, and eat, check out our Mozambique Travel Guide. I has all the information you need to know about traveling to Mozambique.

You may also enjoy:

Africa is more than just safaris. The motherland is full of rich culture, diverse heritage, unique experiences, and of course, outstanding food. Learn more about Lydia and Louisa and why they started Africa Wanderlust.

END_OF_DOCUMENT_TOKEN_TO_BE_REPLACED

Get Your Visas Hassle Free

A Slice of Paradise for Less